Kristina is a general partner at Andreessen Horowitz where she focuses on enterprise and SaaS investing. She was previously a partner at Bessemer Venture Partners where she worked on numerous cloud and SaaS investments. Prior to BVP, she was an investor at JMI Equity and an investment banker at both Goldman Sachs and Credit Suisse.

Kristina was named the National Venture Capital Association's 2017 Rising Star, and was featured in Forbes' 30 Under 30 list for Venture Capital in 2016 and Business Insider's 30 and Under Rising Stars list in 2014. She is a founding member of All Raise, a nonprofit whose mission is to amplify female voices, accelerate their success, and create a tech culture where women are leading, shaping, and funding the future.

Kristina holds a B.A. in Operations Research and Management Science from the University of California, Berkeley. Check out @JenniferHli latest piece on how User Research is the next big market! @a16z https://t.co/zniFGhhpAq

Join me and other asian business leaders in signing this letter and donating against the discrimination and violence against the asian community. https://t.co/1m2dJ4N6B4 #enough #StopAsianHate https://t.co/pKJ5zITK4A 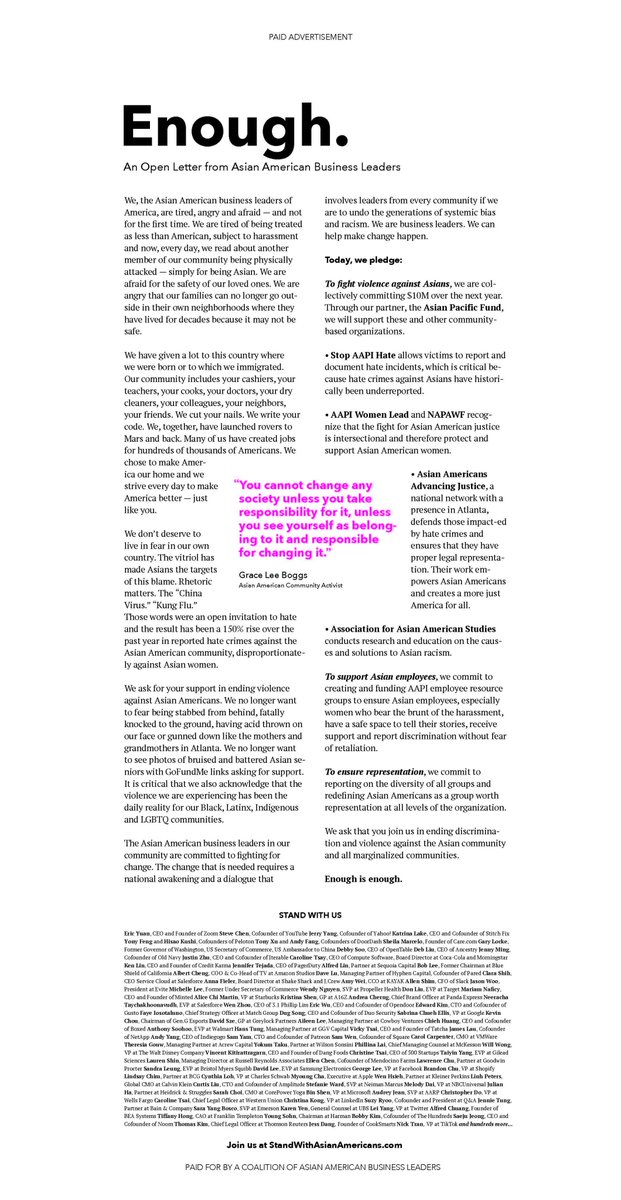