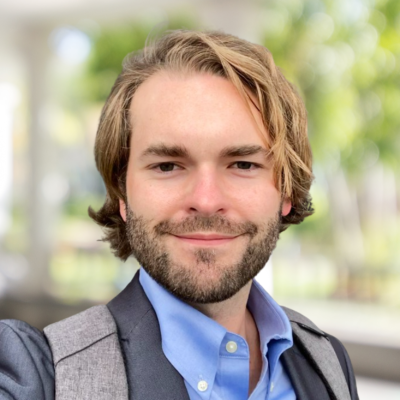 Robert Hackett is an Operating Partner and Head of Content and Editorial for a16z crypto, helping to build a media operation centered on web3. He writes, edits, and helps steer various projects.

Prior to joining a16z crypto, Robert was a senior writer and tech editor at Fortune where he also chaired conferences and created the first crypto-focused franchise at a mainstream publication. Before that, he worked at Nautilus Magazine, TED Conferences, and Johnson & Johnson.

Robert has received national recognition for his work, including at the 2021 EPPY Awards, 2018 Larry Birger Young Business Journalist Awards, 2017 SABEW Best in Business Awards, and 2016 Gerald Loeb Awards. In 2016, he wrote one of the earliest mainstream magazine profiles of Vitalik Buterin, creator of Ethereum. Earlier, Robert attended Columbia Journalism School and before that, Cornell University, where he studied chemistry & chemical biology and English with minors in history and science & technology studies.

Robert lives with his wife in New York where he is always trying to learn new skills (mandarin), hone old ones (music-making), and keep others in check (gaming). Introducing the 2022 State of Crypto Report