Brian Quintenz is the Head of Policy for a16z crypto, where he helps to translate between the crypto and policy communities.

Brian has long stood out as an innovative thinker in crypto and DeFi and was one of the earliest leaders in Washington to recognize the value of crypto. Brian initially joined a16z crypto as a senior advisor. In December 2022, he moved to the full-time role leading its policy team.

Prior to joining a16z, he was nominated by both Presidents Obama and Trump to serve as commissioner of the Commodity Futures Trading Commission (CFTC) and, in August 2017, was unanimously confirmed by the U.S. Senate. He also led the agency’s Technology Advisory Committee, which hosted the most comprehensive set of public crypto-related policy discussions and briefings of any federal financial regulator. During his service, the CFTC oversaw the listing of the first U.S. regulated Bitcoin and Ether futures contracts on derivatives exchanges, and the rapid expansion of DeFi. All the while, he was a champion for tailored, risk-calibrated regulation.

Prior to his appointment to the CFTC, Brian was the Founder and Managing Principal of Saeculum Capital Management, LLC where he developed and implemented Saeculum's long term, momentum-based investment process for both traditional discretionary accounts as well as a managed-futures, commodity pool hedge fund.

Brian began his career on Capitol Hill, where he worked for 6.5 years and served as senior policy aid to a Member of Congress. He received his B.S. from Duke University and M.B.A. from Georgetown University. 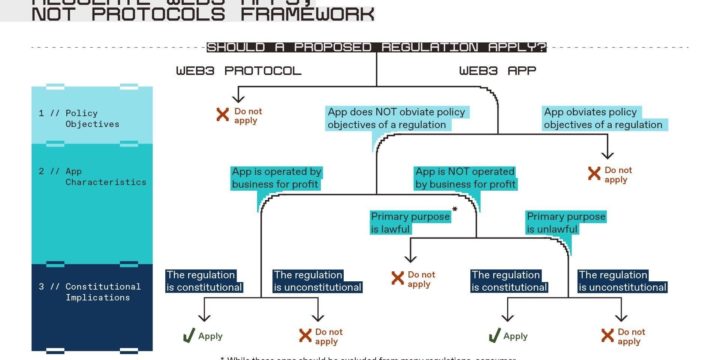 by Miles Jennings and Brian Quintenz