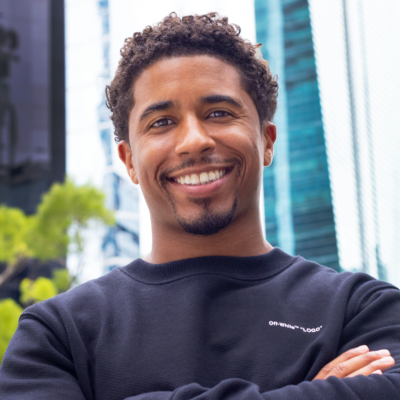 Christopher Lyons is President, Web3 Media at a16z crypto. Prior to joining the team at a16z crypto, he cofounded the firm’s Cultural Leadership Fund (CLF) and was instrumental in launching the first Seed Fund. Lyons joined a16z in 2013, first as chief of staff to co-founder Ben Horowitz.

The Cultural Leadership Fund launched in 2018 with the mission to connect the world’s greatest cultural leaders to the best new technology companies and engage, empower, and elevate Black builders and creators on their journey towards excellence in the technology industry. CLF Fund I was Silicon Valley’s first venture capital fund consisting of 100% African American Limited Partners. Since, the firm has closed CLF II, donated over $1.5M in CLF management fees and carry to non-profit partners, and facilitated hundreds of introductions between cultural leaders, including seasoned athletes, entertainers, musicians and corporate executives, and a16z portfolio companies.

Lyons started his career in the music industry working for Grammy-Award-winning producer Jermaine Dupri as a sound engineer. He then launched his first startup, a mobile app and digital menu offering called PictureMenu. Lyons moved to Silicon Valley in 2012 to participate in NewME Accelerator, an accelerator for minority-led startups.

He is a champion of access and advancement for underrepresented backgrounds. Lyons is on the advisory boards of The Black Economic Alliance and New Story Charity as well as a member of the Verizon Media Global Advisory board. Lyons is the founder of Italian wine brand Lyons Wine, Kauffman Fellow graduate (Class ‘19), and member of Kappa Alpha Psi Fraternity, Incorporated (KT Spring ‘07). Lyons received a Bachelor of Science degree in Entertainment Business from Full Sail University in 2010. a16z Podcast: The Next Generation of Cultural Influencers in Tech

by Chris Lyons and Bobby Wagner

One possible solution to having less time to work after having kids: work on harder things. The hardest kinds of work can't be done for more than 4 or 5 hours a day anyway.

A very successful woman CEO once shared the best piece of advice with me on this. There are four quadrants in life: career, family, friendship and community. Pick two, do them to the fullest, and you’ll be fine. It’s stuck with me and I’ve found it to be very true. https://t.co/v73CN9wjST

If you own any @veefriends the new website is up and you can register your account .. you’ll need it for the coming months activities https://t.co/tukU45ZUdO