Two of America’s enduring exports are technology and culture. We’ve near perfected the art, science, and business of scaling technological breakthroughs, but we’ve not yet done the same for cultural breakthroughs. The Talent x Opportunity Initiative (TxO) is a step in that direction: a system that discovers and supports cultural geniuses in building large, enduring businesses around their cultural breakthrough in a way that lets creators retain majority ownership of their companies.

Culture and technology are two of America’s most important and enduring exports. Over the last few decades, we’ve built and refined an ecosystem for scaling technology companies: from patient capital for all stages of a business, to deeply interconnected talent networks, to open source software and company-building best practices.

But the ecosystem for cultural breakthroughs is much less developed. When we speak with company builders, they often complain about how sparse the ecosystem is, with spotty access to capital and mentorship, a lack of systematic training, and a much less well developed set of company building blocks.

Our goal with the TxO Initiative is to help emerging cultural geniuses by providing them access to a new system of funding, training, and mentorship that helps these entrepreneurs build durable, successful companies around their cultural innovations.

a16z does not profit from any of the returns: all returns generated by these holdings go directly back into the fund, with the hope that we can continue to support many future generations of founders. Contributors to the fund will not receive any return of capital or appreciation on the fund’s investments. We are now accepting applications for our spring 2023 cohort.

The TxO Advisory Committee is comprised of renowned industry and cultural leaders who have generously offered their time to advise the a16z TxO team on overall program strategy. 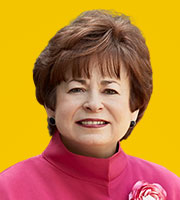 Much gratitude to our Premier Donors, who joined well over a hundred other contributors in supporting TxO with a financial gift.

Interested in donating to TxO or becoming a partner? 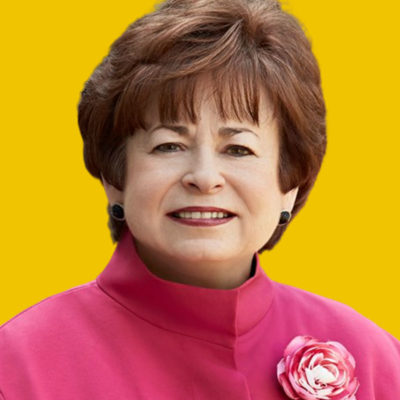 Maxine stepped down from her CEO position in 2013 to dedicate her time to investing in women and minority entrepreneurs and to use her entrepreneurial skills to help re-imagine K-12 education in St. Louis. Launched in 2015, her first product, Blueprint4.com, is a free and easy-to-use mobile tool designed to help ALL St. Louis families navigate cradle to career options. Her latest venture is the Delmar DivINe™—the transformation of a neighborhood eyesore in a disinvested community, into a multi-use real estate development to open in 2021.

Maxine is a Founding Managing Director of Prosper Women’s Capital, a St. Louis based accelerator for women led businesses and on the Board of Advisors of Lewis and Clark Ventures. Maxine is a member of the Build-A-Bear Workshop, Footlocker, Inc., the New America, and PBS Boards of Directors. In 2019 Maxine received the Missourian Award, in 2017 she was named to the Missouri Public Affairs Hall of Fame and in 2015 was named Women of the Year by the Greater Missouri Leadership Foundation. Getting her start at Hewlett Packard, Caretha has spent 40 years in the technology industry working with start-ups and early stage ventures in the areas of organizational strategy development; and executive coaching and effectiveness. She served as Chief Human Resources Officer for Software Publishing Corporation, where her leadership was instrumental in pioneering one of the first successful desktop computer software businesses. At Interval Research, Caretha served at CAO where she was responsible for Finance, HR, and Facilities.

Ms. Coleman is Chairman of the board for Dignity Community Care; and is a member of the boards of The RealReal and Viridis Learning. She is an advisor to Illuminate, an early stage VC firm focused on enterprise, cloud and mobile computing, as well as Launch with GS; and Culture Shift.

Her non-profit interests centers on work focused with underserved population. She chairs the board of The Leverage Network (TLN), is a board member of KIPP Schools in the Bay Area, and a national Board Member of Facing History and Ourselves, and on the advisory board of the Black Economic Alliance.

An advocate for women and minorities in business, Caretha demonstrates her commitment to mentoring young professionals and entrepreneurs across the country. She has been recognized as one of the Bay Area’s most influential women by the San Francisco Business Times; and Outstanding Director by the Silicon Valley Business Journal, and was named a Visionary Leader by the SF Chronicle for her work in diversity. An American Leadership Forum Fellow, Caretha is a recipient of the YMCA’s Red Triangle award, which recognized the highest level of volunteer. She was also recognized with the Black Enterprise Trailblazer award in 2016; and nominated as a Visionary Leader in the Bay Area for her work towards creating a more diverse community inside and outside of the workplace. 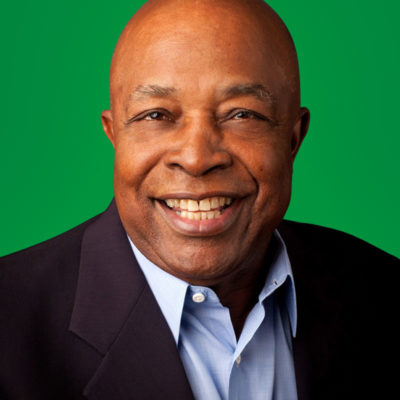 Kenneth L. Coleman (Ken) is a Special Advisor to Andreessen Horowitz. He is the Chairman of EIS Software. Ken was the founder and CEO of ITM Software. Previously, Ken held executive positions at Silicon Graphic Inc. (SGI), Activision, and HP. He has served as the Chairman of two publicly traded technology companies, MIPS Technology and Accelrys. In addition to EIS, Ken serves on the boards of Entertainment Partners, Prevedere, DHP and Saama Technologies. He also serves as an advisor to CSAA Insurance Group, as well as to several early stage technology companies including Pinterest, Sleeper and Substack. He is on the board of the non-profits MLT and National Museum of African American History and Culture. He is a member of the Executive Leadership Council. Dr. Paul Judge is an entrepreneur and investor based in Atlanta, Georgia. He has cofounded three companies that were acquired and has invested in over 60 tech-enabled companies. This economic development work has helped create over 1,000 jobs. He is currently Cofounder & Partner of TechSquare Labs and Cofounder & Executive Chairman of Pindrop. Pindrop’s voice security technology protects some of the largest financial institutions and enterprises in the world and has received over $200 million of venture capital funding. TechSquare Labs is a company building studio and venture fund based in Atlanta. Previously Paul was cofounder of Luma Home which was acquired by a Fortune 500 corporation in 2018. Paul was also cofounder of Purewire, a web security company, that was acquired by Barracuda Networks in 2008. Paul served as Chief Research Officer at Barracuda through its billion dollar IPO in 2013. Prior to this, Paul was Chief Technology Officer of CipherTrust, a leader in email security, that was acquired by Secure Computing for $270 million in 2006. Paul is the lead inventor on over 30 patents.

Paul has received many awards including being named to Fortune Magazine’s “40 Under 40” list, MIT’s Technology Review Magazine’s “Top 100 Innovators under 35”, Atlanta Business Chronicle’s “40 Under 40” list, Atlanta Business League’s Trailblazer Award, Black Enterprise’s “50 Most Powerful Players Under 40”, and InfoWorld’s “Top 25 CTOs”. Paul has served on the advisory board for Georgia Tech’s College of Engineering, Advanced Technology Development Center (ATDC), and Georgia Tech Information Security Center (GTISC). He is a member of the 2016 Class of Henry Crown Fellows and the Aspen Global Leadership Network at the Aspen Institute. Paul earned a B.S. from Morehouse College and a M.S. and Ph.D. from Georgia Tech in Computer Science. 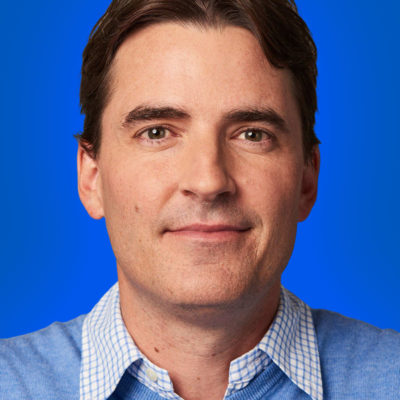 Thomas Laffont is co-founder of Coatue, one of the largest technology investments platforms in the world with over $20 billion in assets under management. He is responsible for launching and leading the firm’s private investments across both early stage and growth platforms. Thomas is passionate about partnering with entrepreneurs to build enduring and impactful companies. With a particular focus on technology across the US, Europe and Asia, Thomas founded Coatue’s annual East Meets West Conference, a gathering of global technology founders and executives. Prior to joining Coatue, Thomas spent 7 years at Creative Artists Agency in Los Angeles, where he focused on representing artists in Motion Picture and Television. He graduated from Yale College with a degree in Computer Science and lives in the Bay Area. John O’Farrell is a general partner at Andreessen Horowitz, which he joined in 2010. He serves on the boards of Slack (NYSE:WORK) and PagerDuty (NYSE:PD). John also serves on the boards of a number of private companies, as well as the national board of UNICEF USA. John has an MBA from the Stanford Graduate School of Business and a Bachelor of Electronic Engineering from University College Dublin. 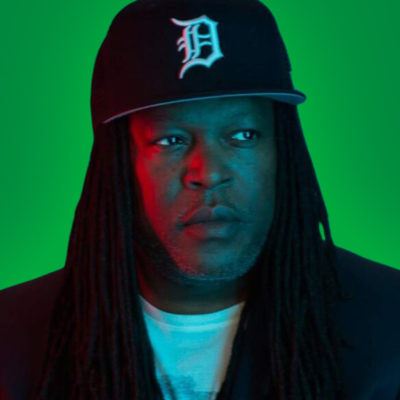 Shaka Senghor is the President of Shaka Senghor, Inc. and the Founder of Redeemed Sole. His memoir, Writing My Wrongs: Life, Death and Redemption in an American Prison, debuted on The New York Times Best Seller List.

Today, his priority is shifting societal narratives through storytelling.