“People say I’m crippled, but that’s a lie
they’re just mad ‘cause I’m so fly
being handicapped is a state of mind
I’m not disabled I’m just blind”
–The Blind MC

People often ask me why I feature Hip Hop so much in my blog posts. In the past, I have given short and incomplete answers, but here is the full story.

In 1986, I was 20 years old and attending Columbia University in the City of New York. I received a phone call from my mother on the shared dorm room phone:

Elissa Horowitz: “Ben, I don’t know how to tell you this, so I am just going to say it. Seth has been shot.”

Elissa: “He’s been shot in the face. He’s alive, but the doctors say he will never see again.”

I dropped the phone. Seth Clark and his family—Joel, Adam, Dana, Joel, and Penny—were my family too. We lived two houses away from each other. We ate dinner with each other almost every night. We saw each other every day. I went on their family vacations. He was my brother and he was 13 and he was blind for life.

I tried to imagine what he was feeling and I couldn’t. Seth was smart and athletic. He stood over 6 feet tall at 13 and every high school football coach in the area wanted him on their team, but there would be no football. The more that I thought about it, it seemed like there would be no anything. What could a blind person do? Who would his friends be? Where would all his dreams go?

When I would call home, things sounded worse and worse. “He has pellets from the shotgun blast in his brain. He is having seizures. He is totally depressed. He hasn’t spoken a word to anyone in 3 months.” I felt completely helpless. We were losing Seth. I felt like a part of me was slowly dying.

Meanwhile, I was in New York City in 1986 and there was an explosion of a new kind of music called Hip Hop. It was unlike any other kind of music because the rappers were celebrating having nothing while aspiring to have everything. The songs were about growing up in the housing projects, surviving in the streets, and how great it was and how great they would become. At the time, Rock n’ Roll was about rejecting the world, but Hip Hop was about embracing it with all of its flaws. In an era of super groups and over production, rap groups didn’t even need instruments. It was mind blowing and I was captivated.

For people in New York, the music came primarily from two radio stations: WBLS and 98.7 KISS. The important DJs were Cool DJ Red Alert and Chuck Chillout who not only played the songs, but also significantly enhanced them through amazing scratching and sampling. As I listened to Red Alert one evening, I thought, “This is so inspiring that nobody could listen and be depressed.” I immediately grabbed a cassette tape and inserted it into my boom box. I recorded that show and every Red Alert show from that point forward. I would then mail the cassette tapes to Seth every week. 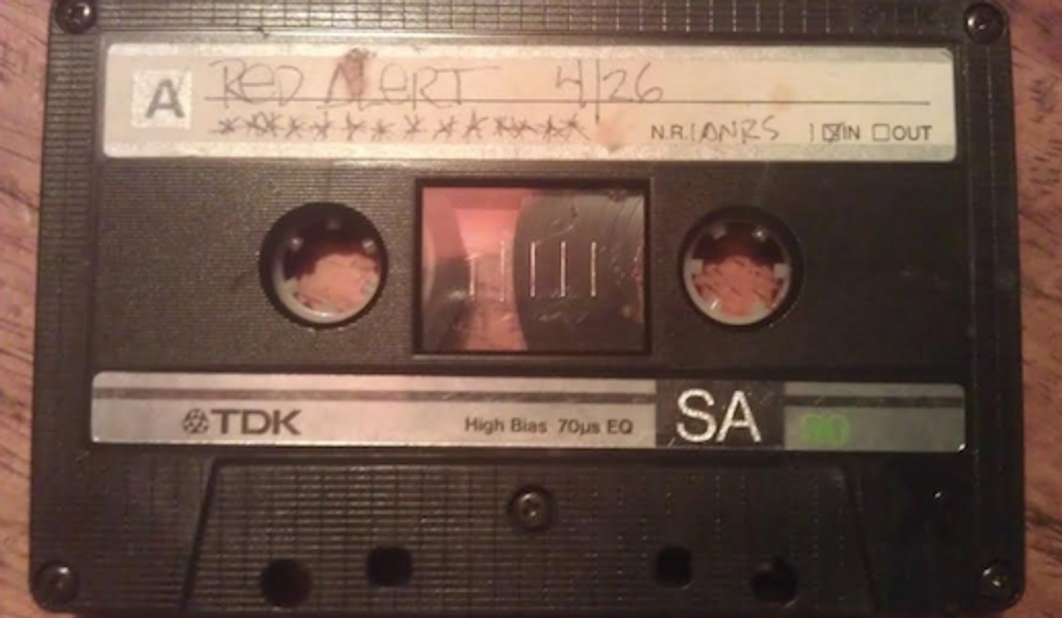 After a few months of mailing the tapes, I called home and got a different response. “All Seth wants to do is listen to Cool DJ Red Alert. Can you send more tapes?” Then the next call: “Ben, Seth isn’t talking, but he wants to talk to you about Chuck Chillout and how he remixed something from this guy LL Cool J called, ‘Rock the Bells’.” Seth was coming back. Hip Hop was bringing him back.

“Don’t need no help dictionary or thesaurus
my dog Dino, he’s a brontosaurus”
-The Blind MC

As summer approached, I became overwhelmed with the thought that I had to continue what I started. There would be no summer internships with computer companies or summer classes. This would be the summer of Hip Hop and Seth. Maybe we could do more than listen to the music. Maybe we could get into the game. As soon as I returned home, I started writing rhymes.

The first song that I wrote was based on an obsession with the Flintstones and was naturally called “Bedrock”. I showed it to my friend David Stern who said that his friend Keith McArthur was a musician and could help put some beats together. I then called Seth and told him that we were forming a rap group and needed him. He was excited.

Keith was amazing and figured out how to make my rhymes into songs. We all came up with proper rap names. Seth was The Blind MC, I was Tic Toc and Keith was The Phantom. Heavily influenced by Russell Simmons’ Def Jam records, we decided to call the group Blind and Def. 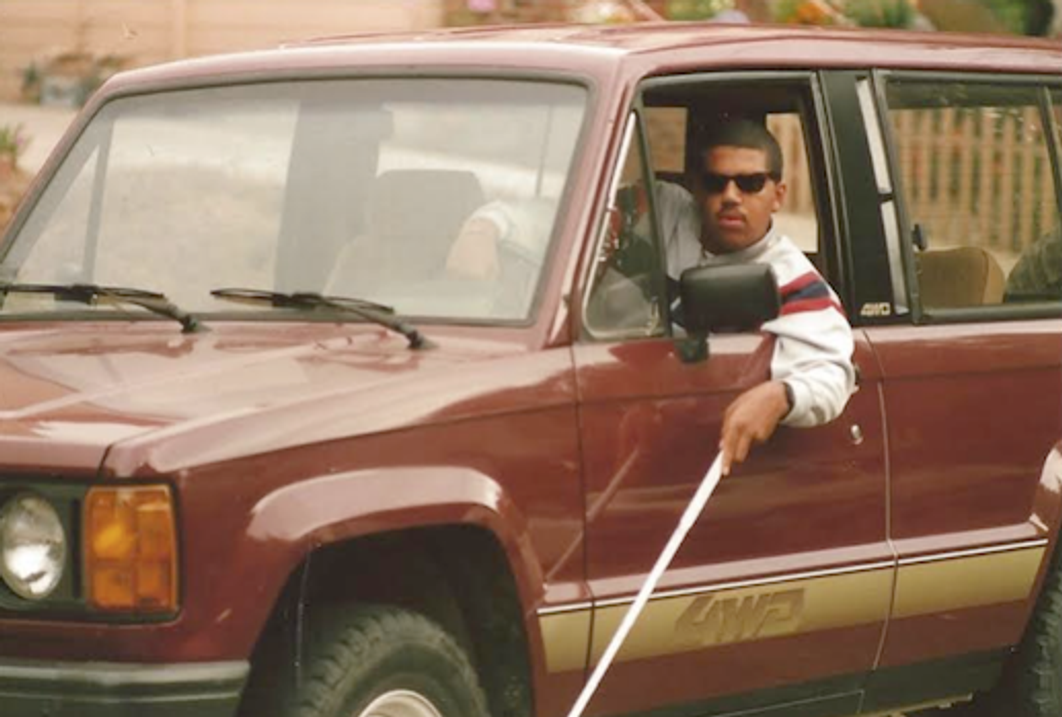 We were hanging out, listening to Red Alert and writing songs. It was heaven. One thing that I noticed at the time was that everyone other than Keith and me were extremely sensitive about the shooting and the resulting blindness. It was almost as though they were tiptoeing around Seth as so not to offend him. Meanwhile, Keith and I were relentlessly cracking jokes about how he couldn’t see and how funny that was. Within the context of the blindness, it was like there were two possible views of life: Either life was horrible and tragic or life was extremely brutal, but you had to embrace it—you had to be in the game. We chose the Hip Hop way; we chose the latter. 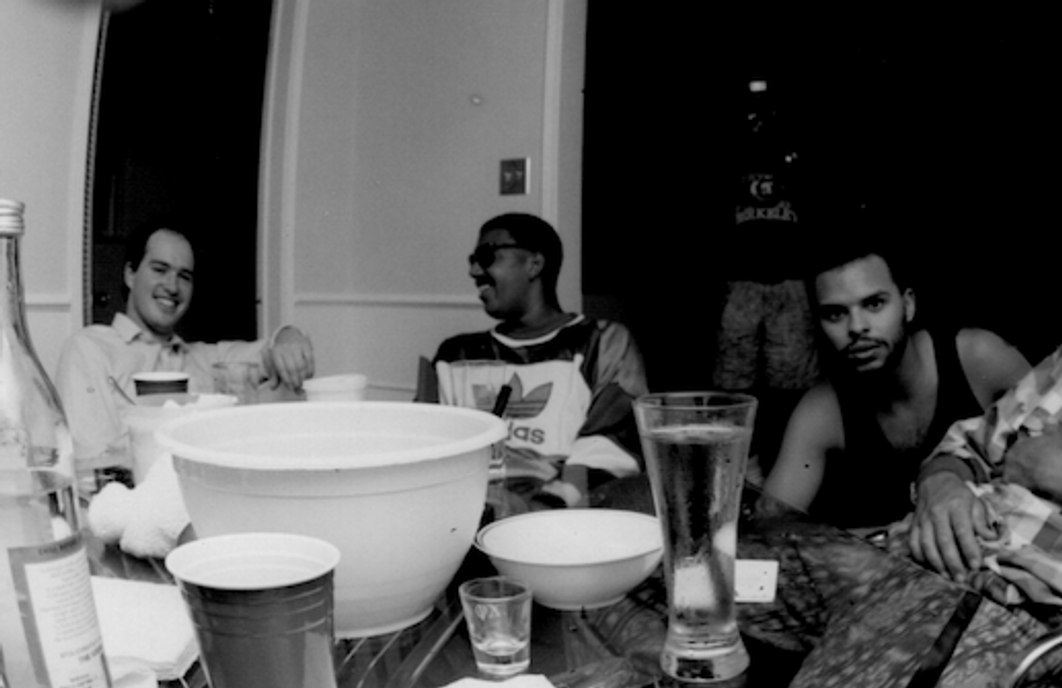 Perhaps because of that, we thought a great way to open the mixtape was with an amazingly racist sample from the Disney movie, Dumbo, from the black crows scene followed by The Phantom and me screaming at The Blind MC: “That’s the wrong record blind man, can’t you hear?”

Eventually, we recorded 4 songs on Keith’s 4-track recorder and were extremely pleased with the result. We were so excited that we decided to take a road trip to LA to try to record on my brother Jonathan’s 8-track recorder for higher quality and maybe get signed to a big time record contract. The road trip didn’t go quite as planned, including the car overheating on the Grapevine and us getting stranded on the side of the highway, but we did record on 8 tracks. More importantly, through Hip Hop, Seth found his new self. Today he is a PhD student of history at UC Davis and has a beautiful family with his wife Chris. 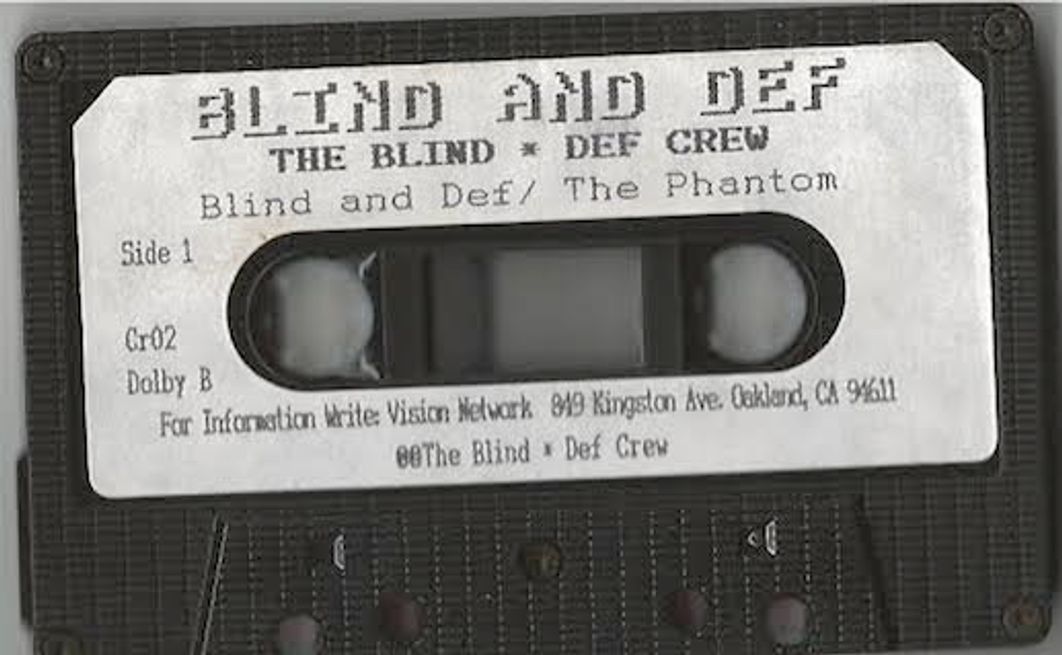 I have posted the original mixtape to Rap Genius and annotated it here. It’s not a lost classic and it probably makes sense that we didn’t get signed, but if you listen close enough, you can hear the resurrection of The Blind MC.

That’s why I love hip-hop. So when people complain about the rap lyrics in my blog being hokey or gimmicky, I just defer to Nas:

“This our thing, you know what I’m saying
This came from the gut, from the blood
From the soul, right here, man
This is our thing, man
You know? So I say what I say” Bedrock
Blind and Def
The Phantom
The Legend of MC H20