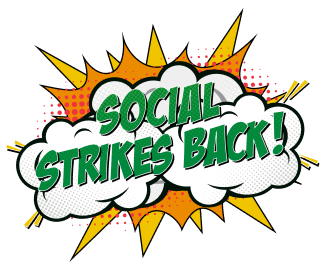 Social Strikes Back is a series exploring the next generation of social networks and how they’re shaping the future of consumer tech. See more at a16z.com/social-strikes-back.

For social platforms, the traditional ad model has been dominant for decades. Facebook, Instagram, Snapchat, and Twitter built empires on it. That entrenched model is viable (and hugely profitable) because of the sophistication and sheer scale of data that big tech is collecting. Those tools have taken decades to build.

But what about emerging entrants in the social sphere—those without the scale, user penetration, and hyper-personalized targeting capabilities of the giants? Today, many social companies are experimenting with new monetization models, taking a page from China, the gaming industry, and early ad-adverse pioneers like Tinder, Spotify, and Venmo.

Subscriptions allow followers to self-select into different tiers based on their level of engagement. A creator’s superfans—or “true fans”—are often willing to pay for additional content, exclusive access, or direct interaction with the creator. This creates a valuable community in which creators can engage with their followers and, importantly, superfans can identify and interact with each other. Zebra IQ, for example, is a VIP membership platform where creators can try out experimental content on a smaller, devoted audience, as opposed to pursuing virality for the sake of ad impressions.

Since this reduces creators’ reliance on brand sponsorships, it can also lead to more authentic promotional content. That sense of authenticity may be particularly important for younger followers, who crave connection and relatability. The risk of sponcon fatigue is real: in one instance this spring, Arii, a social media influencer with more than 2.6 million followers sold less than three dozen T-shirts on Instagram.

However, there are also drawbacks to this strategy. Since content reaches fewer people, it can be a difficult sell for up-and-coming creators focused on building their followings. And once large creators come to understand their own conversion funnel from viewers to subscribers, they may disintermediate and set up their own infrastructure and community. That limits the platforms’ take rate and pushes them to deliver more value for creators.

The idea that social platforms can spur commerce is not new: Pinterest was an early pioneer in this space, and TikTok and Instagram have made recent strides. In May, Instagram released Shops, where businesses can display their Shopify inventory on Instagram in real-time. This fall, TikTok announced a partnership with Shopify that allows merchants to create marketing campaigns and track analytics on the TikTok app from their Shopify accounts. For existing platforms expanding into shopping, the key here is in making sure that a push into commerce doesn’t affect users’ personalized content algorithms.

There’s also ample room for new entrants. Platforms like PopShop, Whatnot, Huddle and Lit Live are tackling livestream shopping—already a popular phenomenon in China—while others, like The Landing and The Newness, focus on vertical categories such as interior design and beauty, respectively.

Incentives align when the creator is an expert in his or her particular product category: the platform takes a cut, the third-party brand makes a sale, the creator monetizes their expertise, and the consumer purchases products with higher confidence (and often, entertainment value).

The inside take on the future of tech.

Sign up to the a16z newsletter to learn about the tech trends reshaping our world and the people behind them.

These can take the form of “ticketed” shows, one-on-one interactions, or group meet-ups. Similar to paid VIP subscriptions, premium live events give followers exclusive access or content, but are typically one-time purchases. Since this is a relatively new medium—one that has been accelerated by COVID—the playbook is still emerging. At its best, this model helps creators filter out their true fans and foster a more dynamic, engaged community. Since virtual experiences enable anyone from anywhere in the world to attend, platforms can capitalize on network effects. Moment House, Headliner, and others are working to reimagine what a digital concert looks like, striving to combine the real-time experience of YouTube Live, the ticketing capabilities of StubHub, and the community component of Twitch

These companies allow users to engage with others that share particular interests or face similar challenges, often centered around mental health, wellness, career guidance, or fitness. Users join these personal or professional communities in pursuit of intimacy and connection, while the platforms act as matchmakers, aggregating demand and connecting like-minded peers with top creators and experts. In addition, the platforms often provide community-building software or curricula to guide users’ development. Pace, Top Knot, and The Grand, for instance, are all peer-based mental health or personal growth groups that offer expert guidance in live or pre-recorded sessions.

While these community-based programs are often more affordable than one-on-one therapy or coaching sessions, membership can still be steep, typically ranging from $50 to several hundred dollars per month.

In-app purchases are increasingly popular in China, where it’s common for fans to “tip” streamers with digital goods that are convertible to cash. With this model, emerging social platforms can monetize without relying on creators or exclusive content. While digital goods and in-app currencies are still comparatively rare in the US, they’re becoming increasingly popular in games.

The hit game Among Us, for example, is free to play, but if users want to personalize their character’s outfit or acquire an in-game pet, they can do so by purchasing digital goods. Once a digital item is purchased, it stays with the user as they transition from game to game. Digital fashion is also becoming increasingly luxe: Gucci recently released a limited-edition collection for the fashion game Drest.

Beyond gaming, virtual goods are fairly nascent in the US. That said, we’ve seen some promising experimentation in dating apps like Tinder, Bumble, and Coffee Meets Bagel, where users can pay for the ability to receive more matches, boost their profile among potential suitors, or extend the response time allotted before a match expires.

Livestream tipping has become a $10 billion industry in China, where it’s popular on entertainment and ecommerce platforms such as Taobao Live, Douyin, and Kuaishou. There, top streamers can earn more than $16,000 USD a month in virtual gifts from fans.

Since Twitch launched tipping in 2017, we’ve seen early signs that it’s catching on in the U.S., often via donation platforms or common P2P apps like Venmo and PayPal. Clash, for instance, is a short video platform similar to TikTok where tipping is a key revenue source for creators (and Clash takes a cut). Such platforms provide users with easy-to-use content creation tools, as well as video sharing, hosting, and discoverability to help build their fanbases. And because tipping is most effective when it’s live, disintermediation is unlikely; a combination of peer pressure and FOMO encourages viewers to remain on-platform.

For creators, of course, this source of revenue can be difficult to predict. As a result, many creators end up combining tipping with other monetization channels.

The reigning ad model is becoming less viable for emerging social platforms—and less enticing for creators. Through new monetization tactics such as tiered subscriptions, social ecommerce, paid vertical communities, and more, creators and social platforms are seeking renewed agency and control over their revenue streams and take rates. As the consumer social landscape becomes increasingly verticalized, platforms are likely to evolve beyond ads into models that better align the interests of creator, consumer, and company.

Everything you thought you knew about social networks is getting reinvented.

Our new series, Social Strikes Back, explores the hyper-social future of consumer tech.

This content is provided for informational purposes only, and should not be relied upon as legal, business, investment, or tax advice. You should consult your own advisers as to those matters. References to any securities or digital assets are for illustrative purposes only, and do not constitute an investment recommendation or offer to provide investment advisory services. Furthermore, this content is not directed at nor intended for use by any investors or prospective investors, and may not under any circumstances be relied upon when making a decision to invest in any fund managed by a16z. (An offering to invest in an a16z fund will be made only by the private placement memorandum, subscription agreement, and other relevant documentation of any such fund and should be read in their entirety.) Any investments or portfolio companies mentioned, referred to, or described are not representative of all investments in vehicles managed by a16z, and there can be no assurance that the investments will be profitable or that other investments made in the future will have similar characteristics or results. A list of investments made by funds managed by Andreessen Horowitz (excluding investments for which the issuer has not provided permission for a16z to disclose publicly as well as unannounced investments in publicly traded digital assets) is available at https://a16z.com/investments/