Ali Yahya is a General Partner at Andreessen Horowitz where he invests in crypto. Ali works with numerous portfolio companies, including Dapper Labs, Flow, Compound, Avalanche, Near, Rally, and Dfinity.

Before Andreessen Horowitz, he was a software engineer and researcher at Google X, where he worked on the Everyday Robot project, which aims to build a robot that is smart and affordable enough to be viable as a consumer product for the home. He also worked at Google Brain, Google’s Artificial Intelligence lab, where he was a core developer on TensorFlow, Google’s primary library for machine learning.

Ali began his career as a student and researcher at Stanford University, where he focused on the intersection of Computer Security, Distributed Systems, and Computer Networking. He first discovered the Bitcoin whitepaper in 2010 while doing research at Stanford Computer Security Lab, and has followed the space closely ever since. by Ali Yahya and Chris Dixon by Ali Yahya and Guy Wuollet

I’m excited to finally share what we’ve been working on. The 2022 State of Crypto report is a data-driven analysis of the latest trends in web3. Be sure to check out the 50+ slides. In the meantime, here are some of the important data points that I'll be keeping an eye on. https://t.co/uTsFGAtbDO

If you have a boss who enjoys trolling web3 - and can't think outside of the web2 box - we are hiring across our portfolio :) [email protected]

@a16z @cdixon The underlying tech and experimentation continues to advance — even in "crypto winter" — renewing optimism and interest as new building blocks emerge. The result has been consistent long-term growth despite periods of volatility. https://t.co/Lc80EjGX1F 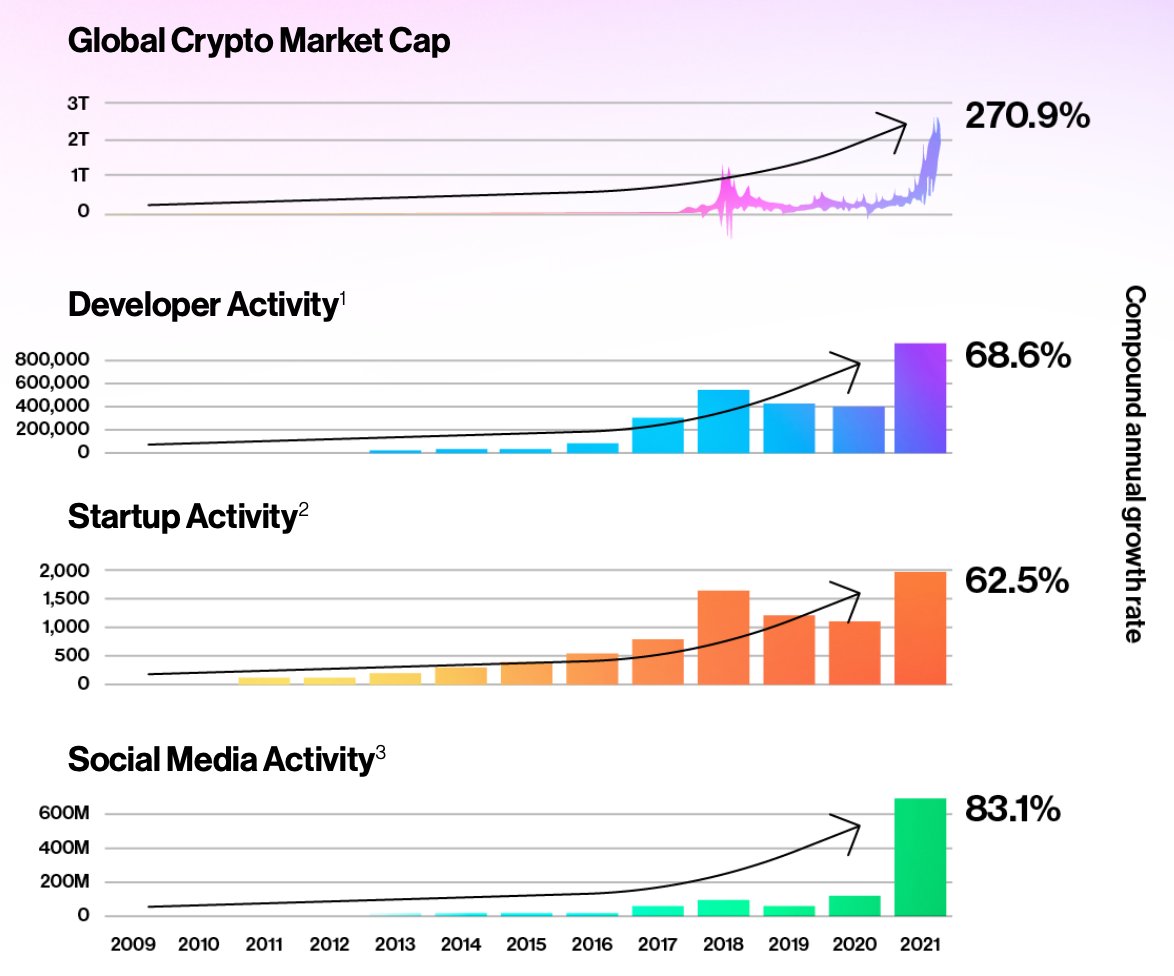